How to negotiate a raise?

Ryan Severance
#getting a raise#budgeting#salaries#negotiating a raise

How To Ask Your Boss For A Raise

A serious shortage of workers in a variety of industries is hampering the economic recovery from COVID-19 across Canada. With demand for labour skyrocketing in virtually every sector, many Canadian professionals are asking themselves if this is the right time to ask their boss for a raise. This is a delicate subject that must be approached carefully to reach your goal.

Getting cold feet about asking for a raise? Here’s what you should know about negotiating with your boss, and why advocating for yourself is a crucial professional skill.

Business owners are hungry for workers

There’s no denying that the marketplace is as favourable to Canadian workers right now as it’s been in some time. This is due to the simple fact that the coronavirus pandemic has led to massive labour shortages in virtually every Canadian industry. This labour shortage is also impacting the nearby United States and practically every other major economy, ensuring Canadian businesses can’t simply import workers from abroad to deal with this crisis.

This is having dire economic consequences; according to one report, the majority of surveyed entrepreneurs aren’t capable of finding enough workers right now. This in turn limits growth and has a negative impact on all Canadian households. Nevertheless, the silver lining is that Canadian workers are well-positioned to secure higher wages and better benefits for themselves in exchange for their valuable skills during employment negotiations.

The labour shortage isn’t merely a result of the pandemic, either, but also due to an aging Canadian population that’s on track to keep getting older and age out of the workforce without being replaced by enough younger counterparts. This is the right time to ask for a raise or a promotion, but you’ll need the right strategy to secure the best outcome.

Finding out what you’re worth

The first step in successfully achieving a raise is determining your goal. For some workers, a minor raise may be warranted after recently demonstrating your loyalty to the business when other workers fell short. For others, a raise may need to be massive to make up for years of poor compensation. Begin by assessing your worth to the organization and identifying the bare minimum that you’d find satisfactory in a raise.

The next step is to conduct research on typical wages in your industry, as well as the specific wages that are being paid to others in your company and at competitor organizations. That being said, remember that asking around for payment details is both a sensitive and potentially misleading decision; those around you may be underpaid themselves, so don’t solely base your salary expectations off what your coworkers are earning.

You should also understand that your worth isn’t merely reflected in your salary alone. There are other perks your company can and should offer you to maintain your loyalty if your labour is being sought elsewhere. Remember that angling for a better benefits package is effectively another way to ask for a raise, or to enhance a raise by adding additional benefits on top.

One comprehensive guide from U.S. News & World Report illustrates that asking for benefits, sign-on bonuses, and more vacation days usually works out in a worker’s favor. By negotiating for a “total package” of all of these at once, you enhance your odds of achieving your goals.

When negotiating for such a package, remember your motivations; are you asking for a raise because your expenses are spiraling out of control? Perhaps you simply took on additional responsibilities lately. Keep your motivations in mind to ensure your negotiating remains focused.

Leveraging an outside offer

One of the most commonly relied upon tactics when seeking a raise is to leverage an outside job offer. By showing your boss that other employers are ready and willing to pay you better wages elsewhere, you can convince them that enhanced compensation is the only surefire way to keep you aboard during a critical labour shortage. Nevertheless, some insist that revealing an outside offer to your boss is a bad idea.

Luckily, there are good reasons to dismiss these concerns. According to the Harvard Business Review, leveraging outside job offers generally produces results when seeking a raise. In addition to giving workers a newfound level of psychological confidence, outside offers convince employers that they need to maintain competitive wages or risk suffering from costly turnover.

In short, an outside offer makes your request for a raise or a promotion seem more legitimate, as you have an actual offer from elsewhere that you can act upon if your request is denied. When bosses are aware that you possess alternative employment options, they’re less willing to gamble with your continued loyalty by suppressing wages instead of raising them.

Leveraging an outside offer can help you secure a raise, negotiate for a new payment system, or get access to better equipment that your employer has refused to acquire. Be careful lying about fictional outside offers to get your way, however, as you’ll be out of luck if your boss calls your bluff. Additionally, such dishonesty could taint your employment prospects elsewhere.

The most important thing to remember when asking your boss for a raise is that confidence is the key to eventual success. Many workers simply lowball themselves and ask for a salary that is far below what an employer would be willing to pay. Some historical research has illustrated that women are less likely to ask for raises than men, which may contribute to gender inequality in pay, though recent research contradicts and challenges this claim.

What should be clear for all to see is that it’s nigh-impossible to secure a serious raise without the courage to ask for one in the first place. Additionally, those who are currently interviewing elsewhere should be honest and aim high when asked about their salary expectations. You should always tell employers what you believe you’re truly worth, even if that figure is substantially higher than your current level of pay in your present position.

Preparing a list of recent accomplishments will serve a dual purpose. First, it will help you secure the courage needed to approach an authority figure and demand something from them. Second, it will serve as valuable evidence during the negotiation; if your boss asks why you deserve such a raise, citing those accomplishments as concrete evidence bolsters your claim.

If you’ve recently been given additional responsibilities, especially because other team members quit or got sick, you can leverage that during the negotiation. Point out that you’re contributing more to the company now than ever before, yet your compensation hasn’t changed to reflect this new reality.

There are certain tactics that should be avoided at all costs when asking for a raise. In the worst-case scenario, which is truly rare, asking for a raise improperly could lead to your termination. In such scenarios, the individual asking for a raise may have been fundamentally unprofessional, getting into a shouting match with their supervisor or making inappropriate threats when they don’t receive immediate concessions in the negotiation.

Another mistake to avoid is thinking that a raise will lead to a fundamental change in every aspect of your life. While some job opportunities will truly change your life forever, many raise requests are routine elements of professional life that will lead to a higher annual income but relatively few immediate changes to your material standards. In other words, don’t get too excited about opening multiple bank accounts or buying a house in the Bahamas just yet.

You should also recognize that not every request for a raise will yield success. Don’t believe your boss bears a grudge against you simply because they denied your raise; in the midst of an economic recession and slow recovery, many business owners will be honestly incapable of paying their workers more without collapsing into financial ruin. While labour shortages are generally beneficial to workers, they do reflect lackluster underlying economic conditions that impact all of us.

Finally, remember that you should couch your argument in the following sentiment: giving workers a raise is in the company’s interest. Once you’ve convinced your boss that better wages are an investment in the workforce rather than a frivolous expense, the battle is nearly over. When advocating on your own behalf, take care to argue that better wages for workers lead to a happier workforce that’s more stable and productive than before. This, in turn, leads to higher profits and reduced employee turnover.

Climbing to the top of the dogpile

Don’t join the legions of poorly compensated workers who fail to recognize their own worth; prepare yourself carefully before asking for a raise and you’ll soon be climbing the career ladder to new heights.

Ryan Severance is a professional freelance author and the owner of American Scribe LLC. With degrees in political science and socio-legal studies, he writes about business, politics, and law for clients around the world. 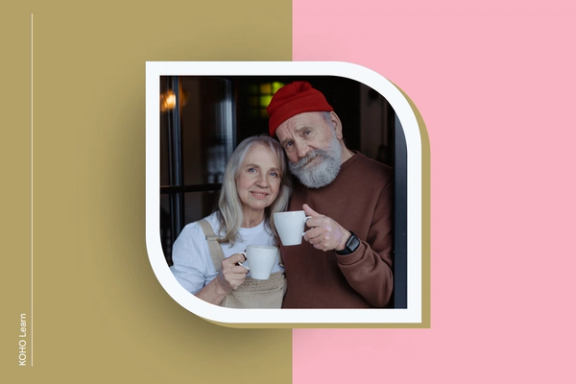 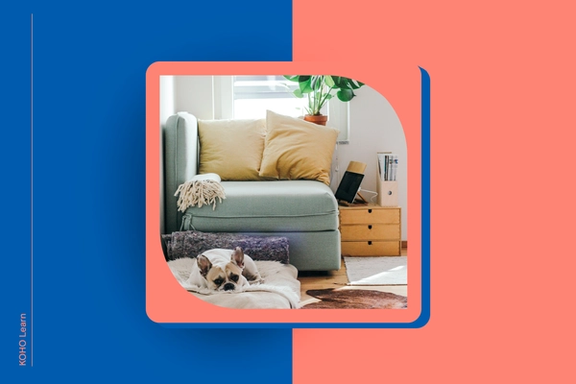 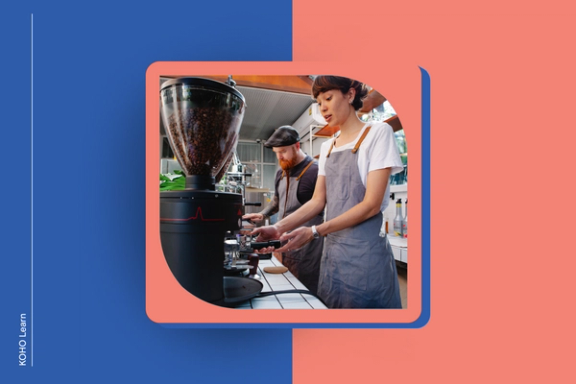 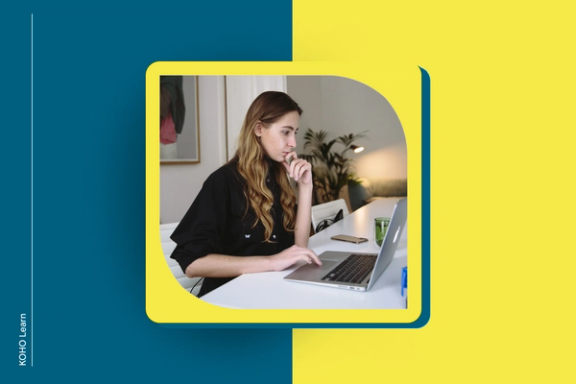 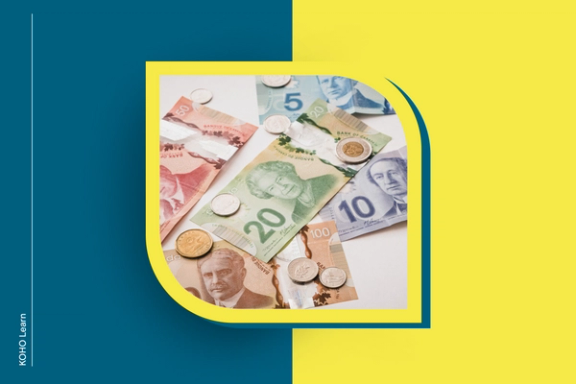 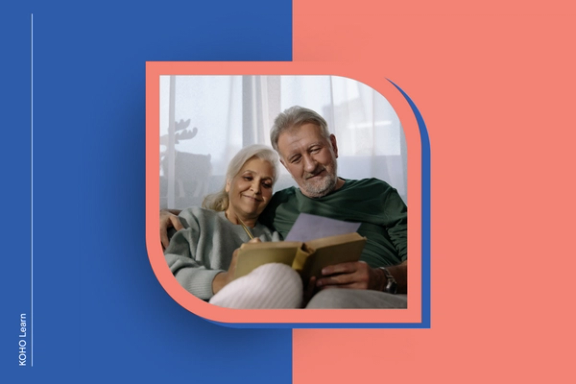